A concentration of natural beauties and historical testimonies make Lazio, beyond Rome, a special region which allows visitors to jump into history or immerse themselves in still uncontaminated waters and landscapes. The archaeological sites are located throughout the region, from the Etruscan necropolis of Cerveteri, a UNESCO site, to the Roman excavations of ancient Ostia, to the temple of Jupiter Anxur in Terracina, with the Ponziane Islands and Vesuvius in the background, at Villa Adriana in Tivoli, where the emperor Hadrian lived.

In addition to Viterbo, with the medieval district of San Pellegrino and the Gothic Palace of the Popes, the medieval villages, some with defensive walls in operation as in Sermoneta, or dominated by the Cathedral, the Palace of Boniface VIII and the Barnekow house where Dante Alighieri stayed in Anagni, cannot be missed; others were abandoned and then recovered, such as Civita di Bagnoregio, the “dying city”, united to the world only by a long and narrow bridge, Calcata and Ninfa, an oasis of ruins mixed with romantic gardens.

The city of popes is also Castel Gandolfo, in the volcanic system of the Castelli Romani, still the Pope’s summer residence, between lake and sea. The culture of well-being, in a mixture of landscapes and history, has its strengths in the healthy waters of the thermal baths of Fiuggi, used by Pliny the Elder and by Michelangelo, or in the Terme dei Papi in Viterbo, already known to the Etruscans.

Lazio capital, Rome, is the capital of Italy and was the heart of the ancient Roman Empire. Among its iconic monuments, we find the Colosseum, an amphitheatre that could accommodate thousands of spectators. On the coast, the ancient port of Ostia still preserves refined mosaics and a theatre. Inland there are the wooded mountains of the Apennines, with nature reserves, lakes and stone villages. 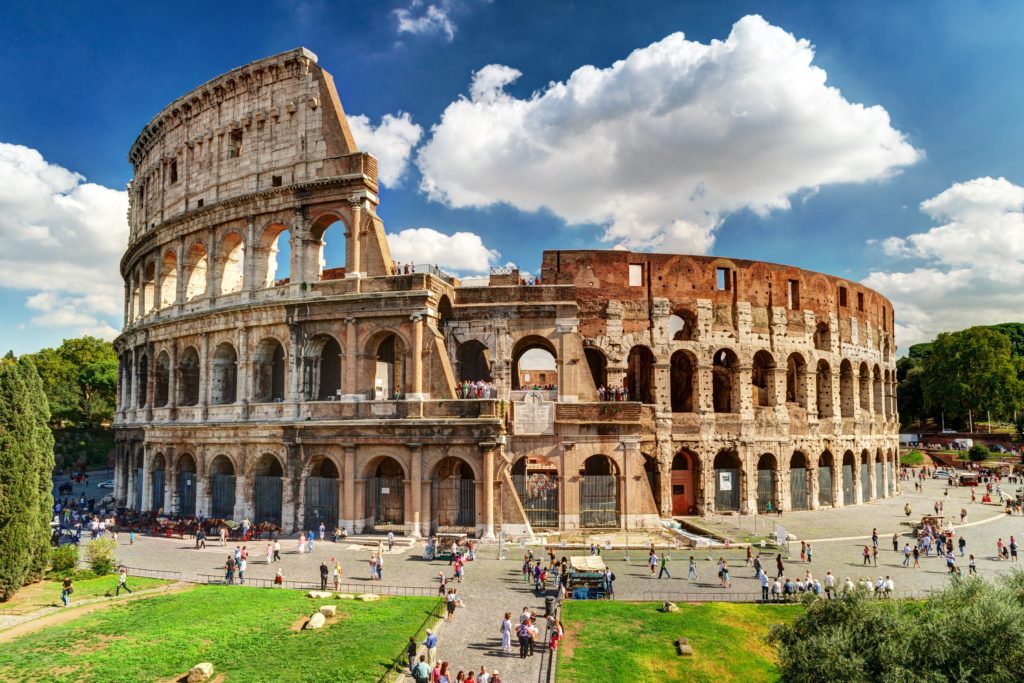