Campania is a region of south-western Italy known for its ancient ruins and the spectacular coast, and it is characterized by a rich Mediterranean vegetation where countries rich in history, art and traditions are set, and where visitors can spend a memorable stay.

Naples, its capital, is a very animated city surrounded by an extraordinary natural environment, with the famous cone-shaped grey Mount Vesuvius and the deep blue waters of the Gulf of Naples. The region is famous for its coasts. There are three main areas: the Sorrento coast, the Amalfi coast and the Cilento coast.

The Sorrento coast is a coast belonging to the Sorrento peninsula that overlooks the side that gives to the Gulf of Naples. Due to the scenic, historical, cultural beauty of the coast and given its gastronomic relevance, this is a usually chosen destination for tourists. The Amalfi coast is one of the most famous stretches of coast in the world, a symbol of Italy abroad and one of the points of excellence of national tourism. Bordered to the west by Positano and to the east by Vietri sul Mare it became, in 1997, a UNESCO World Heritage Site, the coast takes its name from the city which constitutes the heart of the city, not only geographically but also historically: Amalfi.

The Cilento coast includes the stretch of coast that goes from the Gulf of Salerno to that of Policastro and is a stretch of coast well known for its natural beauty. Of the twelve regional blue flag beaches, ten belong to this coast. The spectacular islands of Capri, Ischia, Magaride, Nisida, Li Galli, Vivara and Procida are part of the regional territory.

Among the countless beauties of Campania, the Pompeii area is one of the most beautiful in all of Campania. Charm, history, culture come together in these territories in a unique mix throughout Italy. The excavations of Pompeii, Herculaneum and Oplonti are on the UNESCO list of World Heritage Sites.

Pompeii is a very ancient city, it too, like Rome, full of squares and great monuments. But above all, what makes it a destination for many tourists is the fact that it represents the ‘living’ history under the eyes of those who visit it. The excavations of Pompeii are certainly the heart of what the Campania city offers tourists.

The provinces of Campania are: Naples (capital), Caserta, Benevento, Avellino and Salerno. 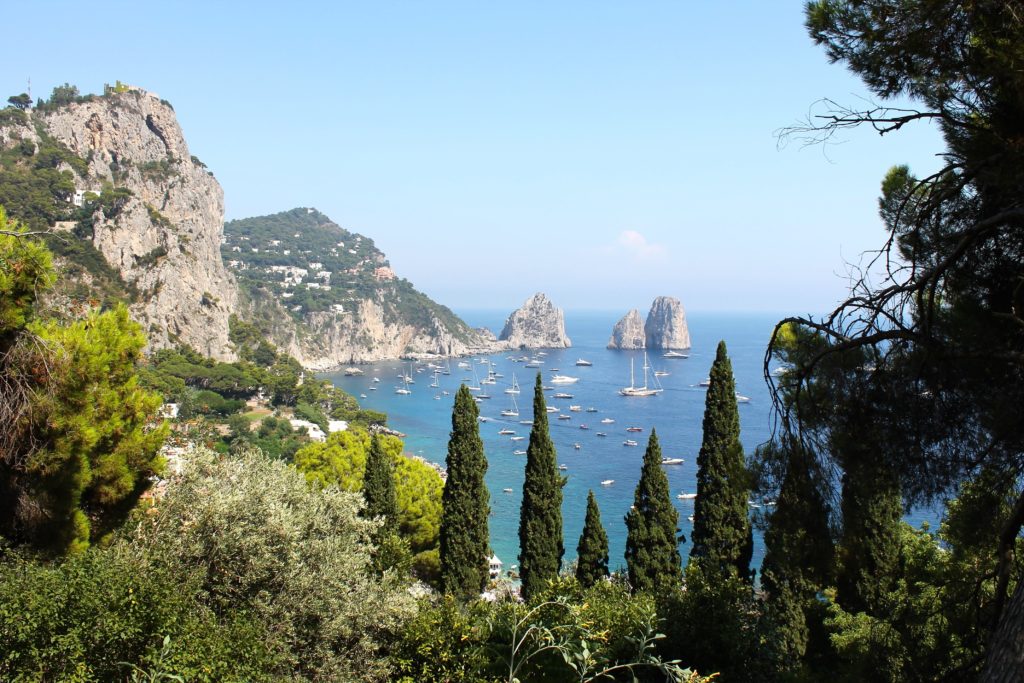